After hearing multiple suggestions about pickling watermelon rind, I realized that (similar to pickled corn) I couldn’t go the whole summer without attempting a pickled watermelon rind recipe. The thing is, I’m actually not a huge watermelon fan so it was a little daunting for me to buy watermelon just for the rind…fortunately I have a roomie who loves this popular summertime treat so nothing will go to waste!

That being said, a warning to anyone else out there who rarely purchases watermelon – DO NOT use a mini watermelon for this pickling initiative. As you can see in the photo to the right, mini watermelons have very little of the white rind that you actually need for pickling. I incorrectly assumed they would have a higher rind to melon ratio that would suit my pickling purposes, so now I not only have over half of a giant watermelon left, but 4 mini watermelons that I originally purchased without this realization.

Anyhoo, I mostly followed a recipe from my Pick a Pickle booklet, but another super simple version can be found here, and a recipe more similar to standard veggie pickles (garlic, dill, mustard seed) can be found here. Pickle up the final tastes of summer with any of these pickled watermelon recipes and enjoy! 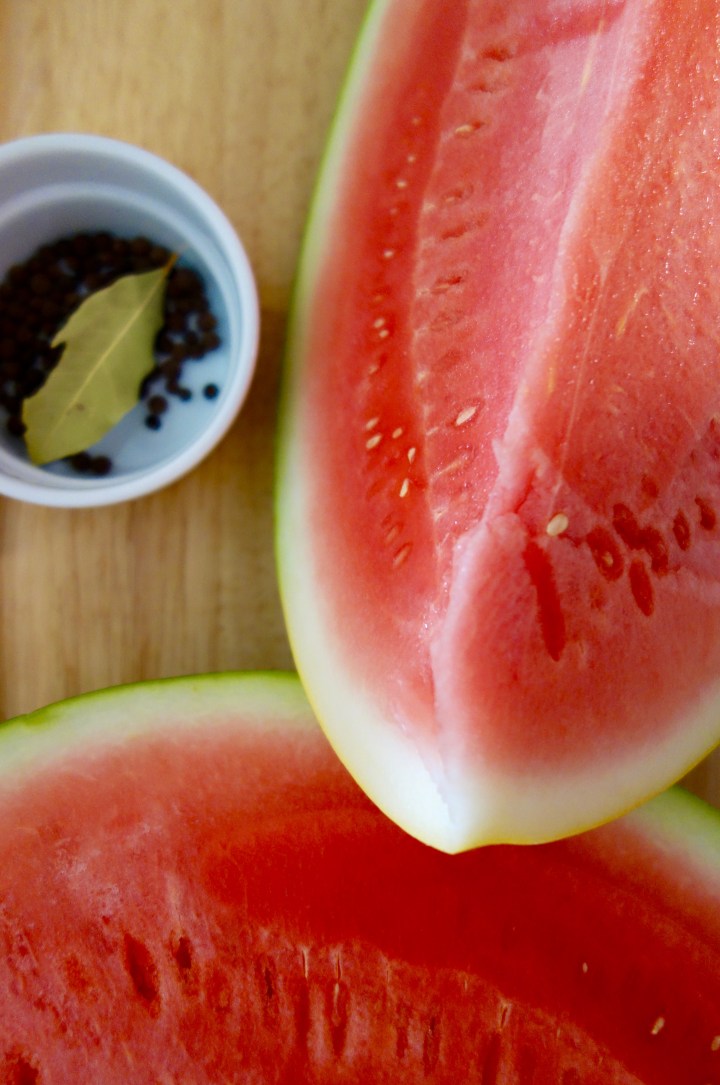 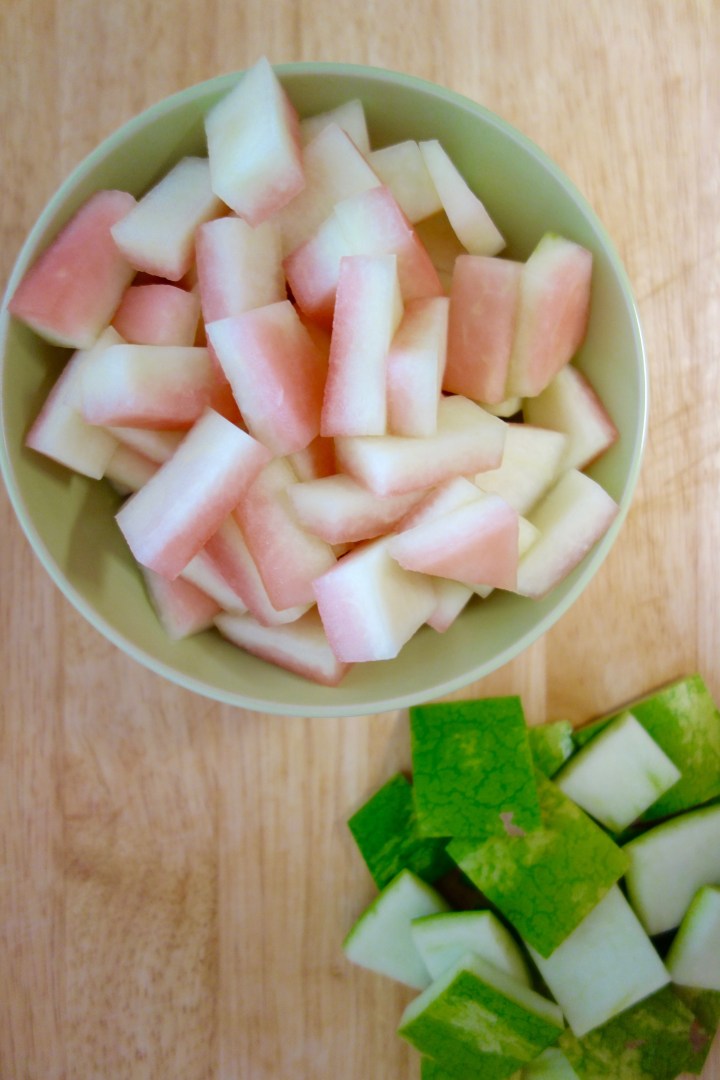 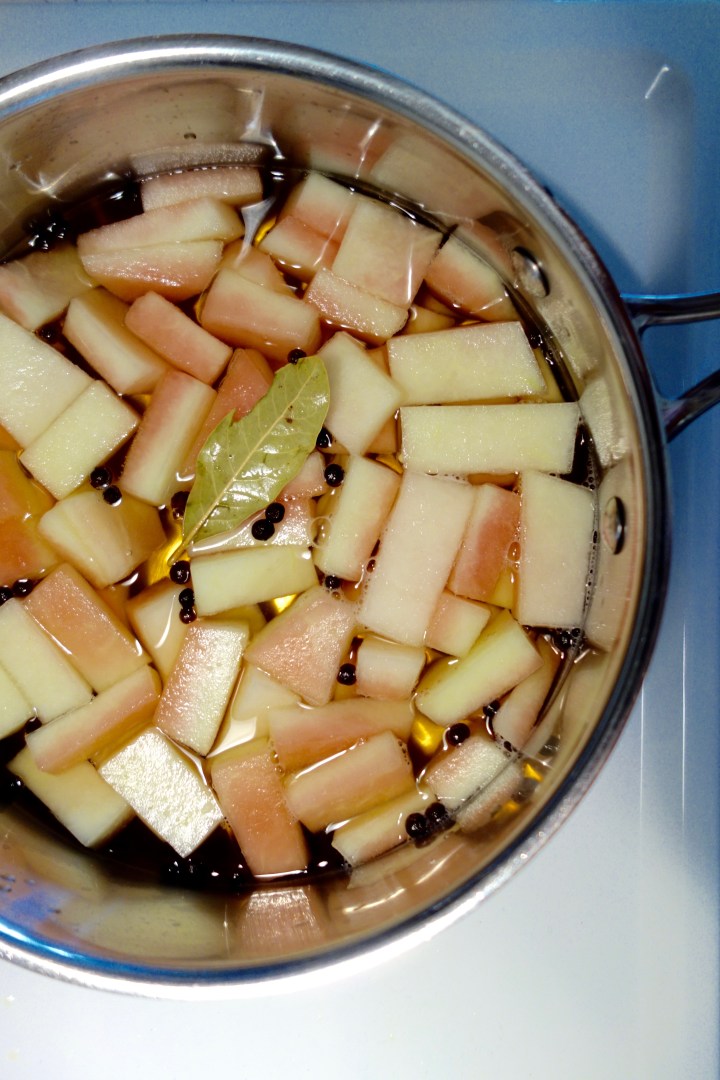 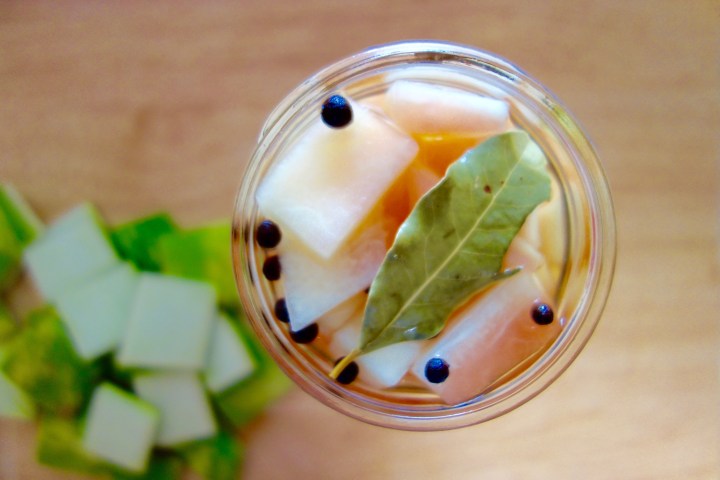 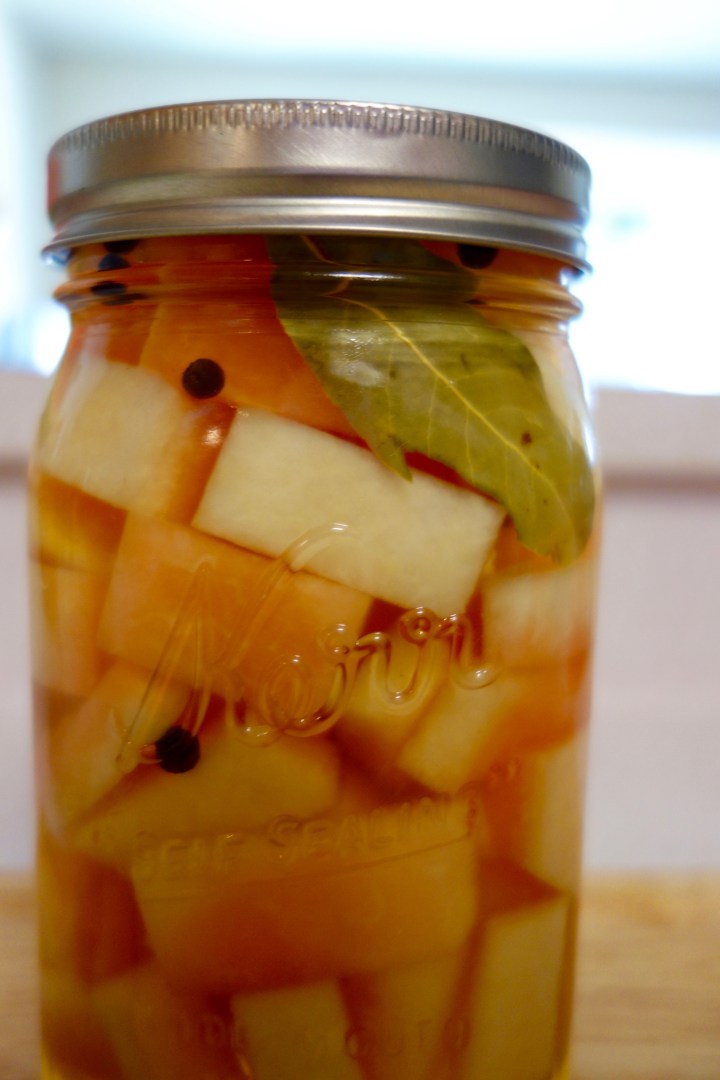