This probably wins the award for most specific type of pickled item so far. Not just pattypan squash but baby pattypans – and aren’t they just adorable?! I’m feeling very much in the autumnal spirit so expect additional seasonal delights – other squash varietals, persimmons, pumpkin perhaps?! – in the next month or so.

Quick note, these little guys aren’t the cheapest of produce (not cheap as in, like, $11+ / lb) so unless you’re dying to expand your pickling horizons, stick with cheaper basics if you’re pickling excessively. The recipe itself is super simple though – very similar to the original quickles with the layering of garlic and dill, along with the added (but totally optional) addition of some other spices, namely peppercorns and celery seed. 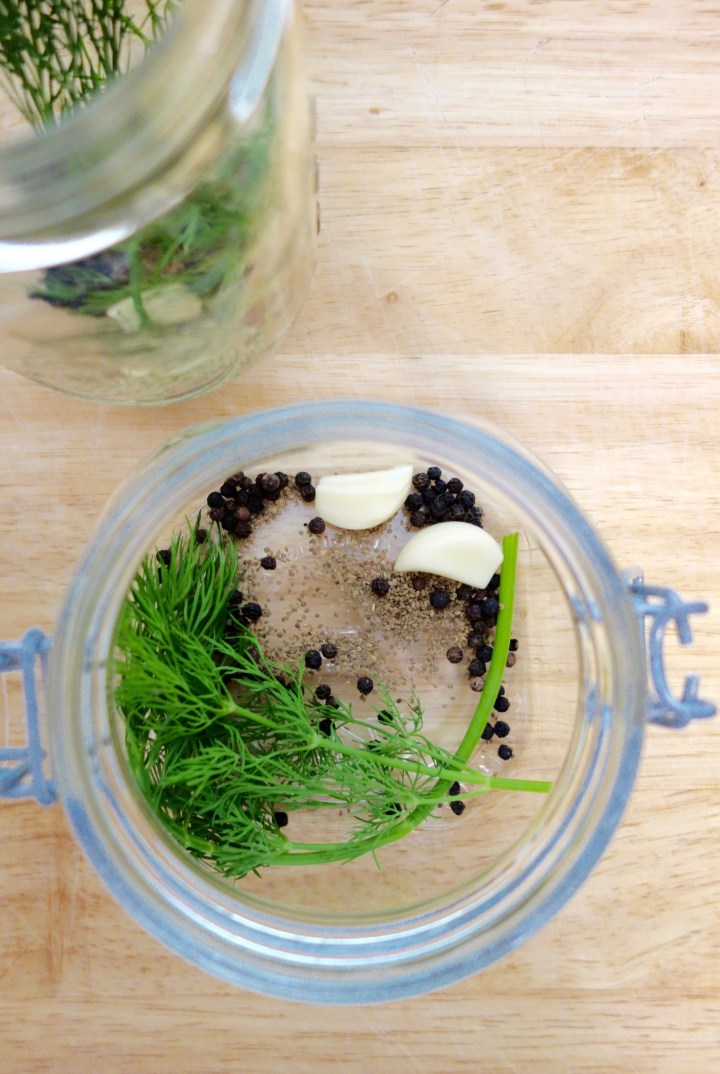 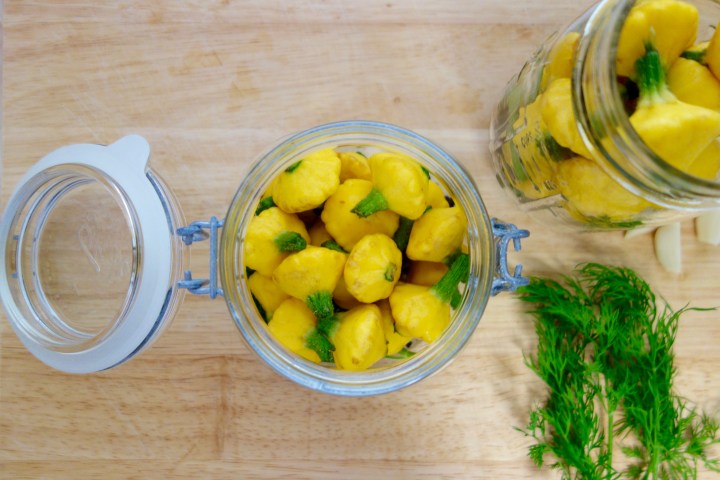 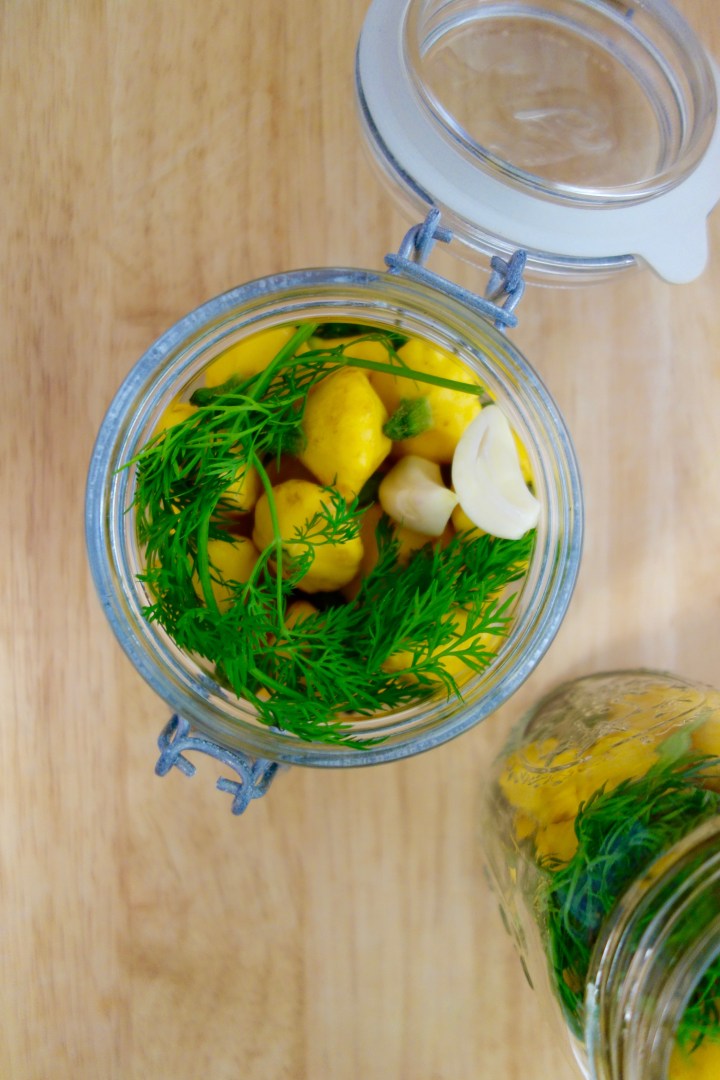 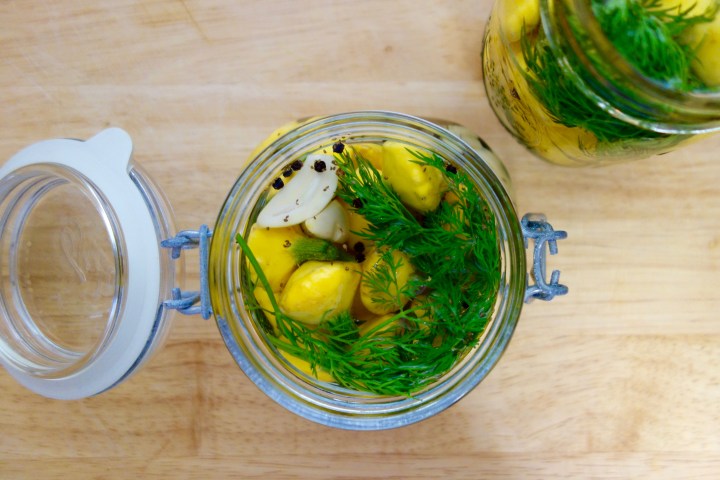 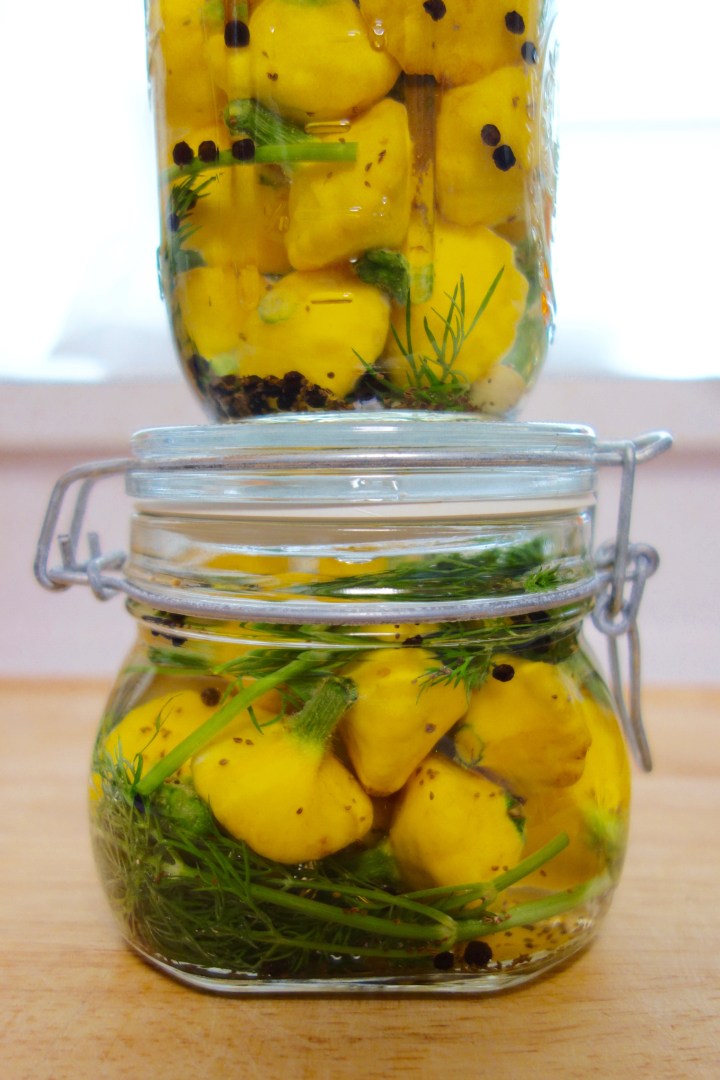