For this pickle recipe inspiration, I went back to my trusty Joy of Pickling book with two different variations – dill pickled cauliflower (partial inspiration here) and pepper pickled cauliflower. All good, all a hit at the Super Bowl party I recently attended with copious jars of pickled items. While some party people declared themselves Team Radish or Team Carrot, I also found a few Team Cauliflowers in the midst and I think these are one of my favorite pickled items to date – 100% a repeat recipe. They go grrrrreat on a cheese platter or thrown in a salad – a way more exciting addition than plain old raw cauliflower that I frequently use. Or, as seems to be a theme here, these are yet another fabulous item to include in Bloody Mary’s.

A few notes on this recipe: 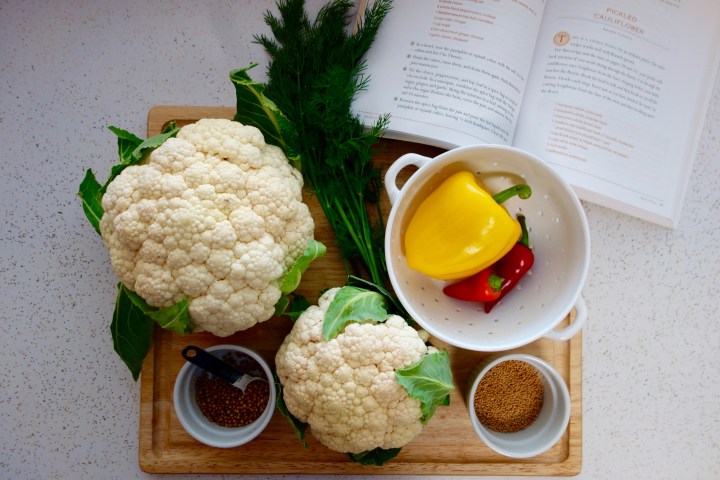 *Do any mixture you want here – it’s really the vinegar and spices that give the most flavor in this recipe, the dill and peppers are just for a little flavor boost and to jazz up the overall aesthetic. 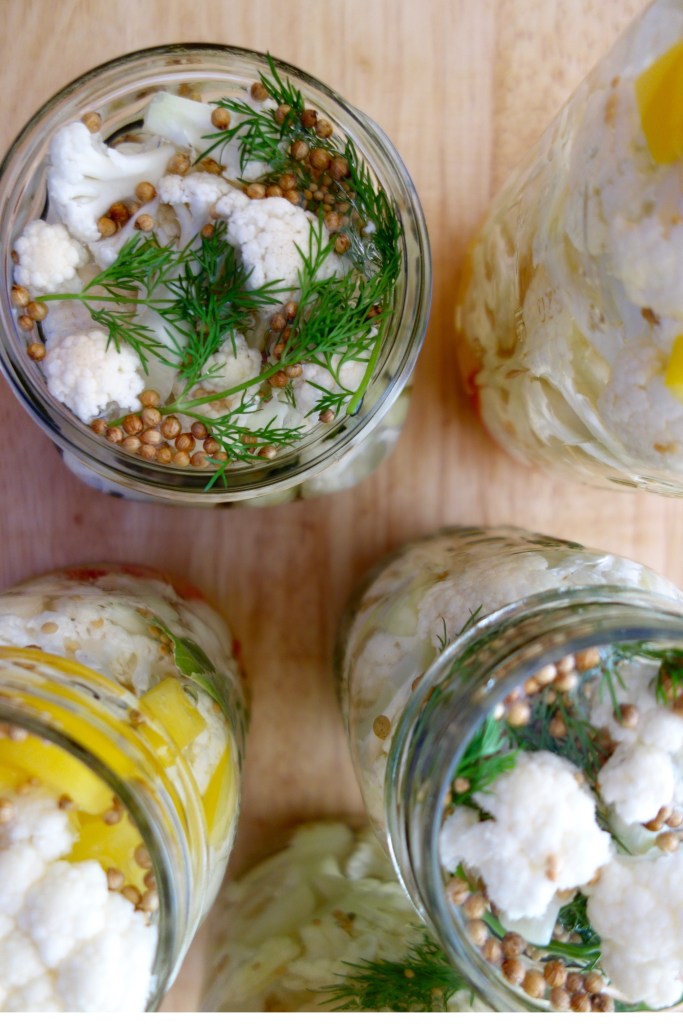 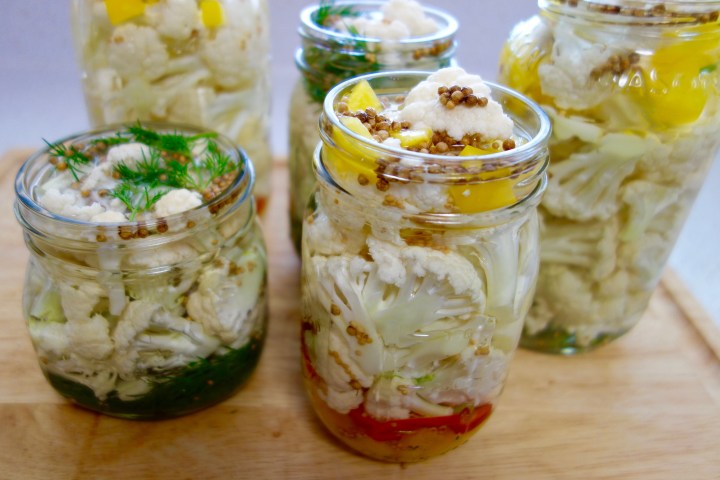 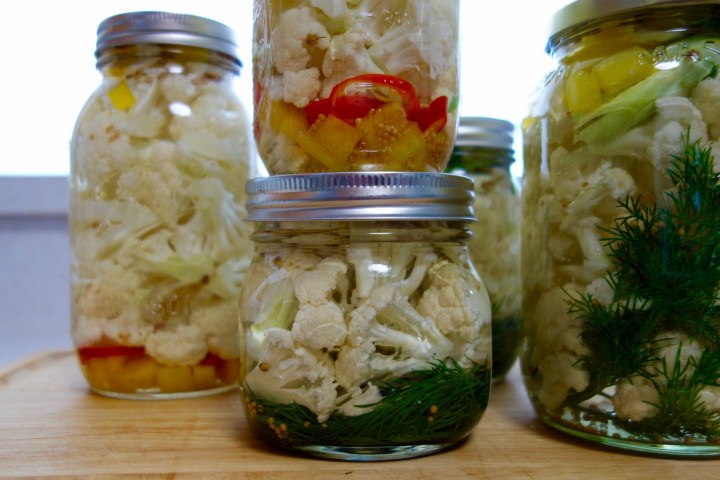