Sunchokes – I had never used them for anything until now and of course, rather than cooking them, they got pickled. I was in somewhat of a rut deciding what to pickle next and not only did these speak to me in the produce section of Safeway (the powerful voice of desperation), but they were a pleasant surprise in how delish they turned out as pickles.

Interested in learning more about using sunchokes in general? According to the packaging, sunchokes are “the tuber from the sunflower” and “have the nutty flavor of a potato, jicama and an artichoke. They [other than being pickled] can be eaten raw, prepared like a potato, or sautéed…” As you can see, a very versatile little item to have on hand.

This is the first recipe I’ve followed (almost) in full in a while (adapted from here) so full disclosure, I can’t take credit for the success. With the turmeric and mustard seeds, this pickle recipe is very reminiscent of the pickled zucchini recipe I tried back in Week 21. Also require a bit more prep time than other recipes in using salt to draw out moisture but totally worth it and have already polished off a jar of these with friends.

*The recipe followed indicated 1 quart but I didn’t use the yellow onion or green bell pepper suggested so only got about a pint and a half out of the sunchokes alone. Ain’t no thang. 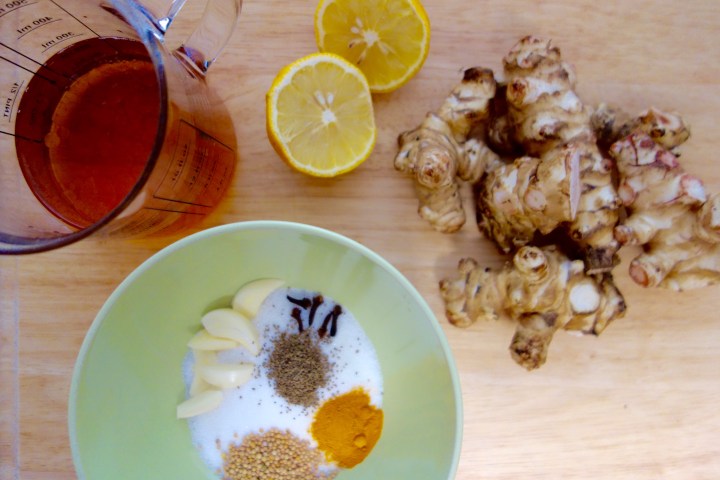 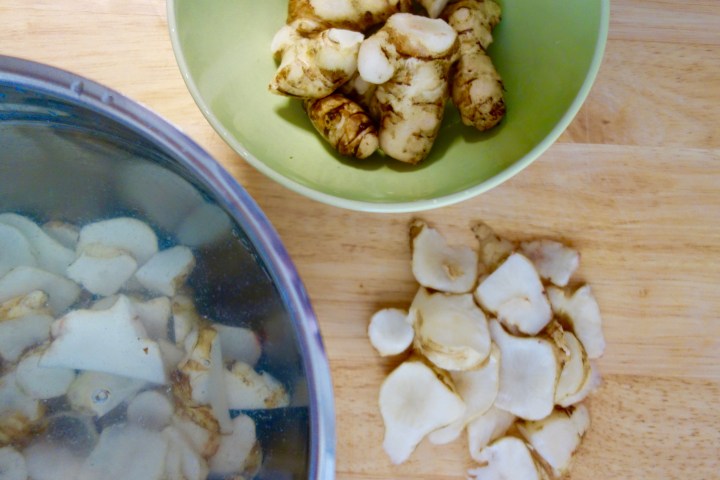 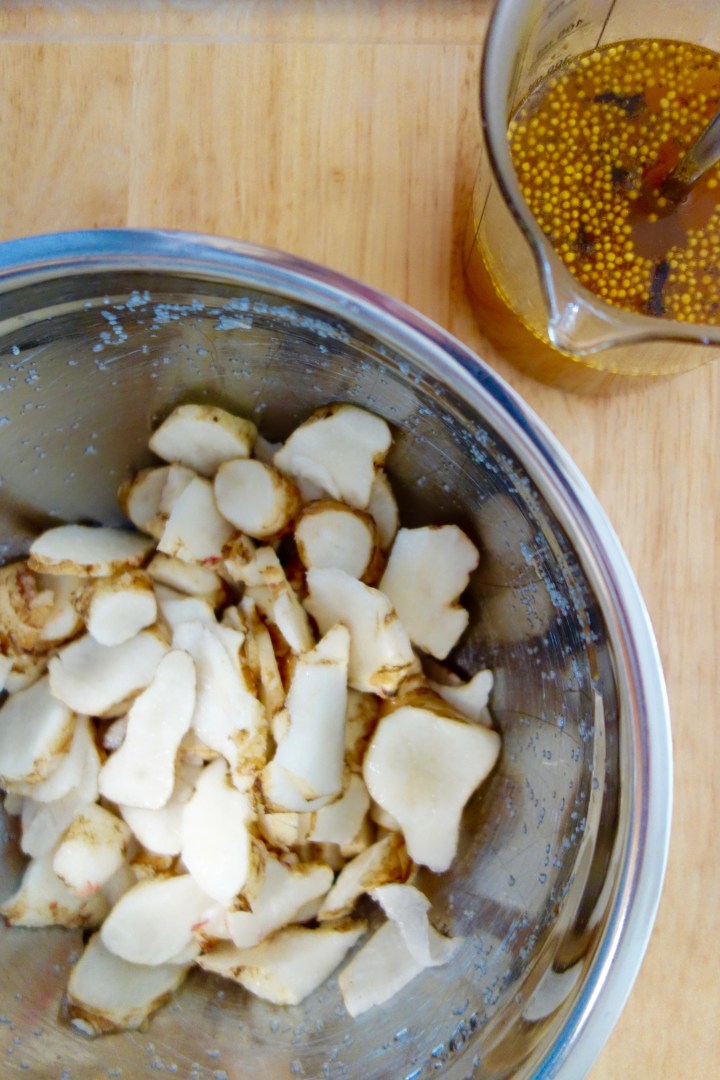 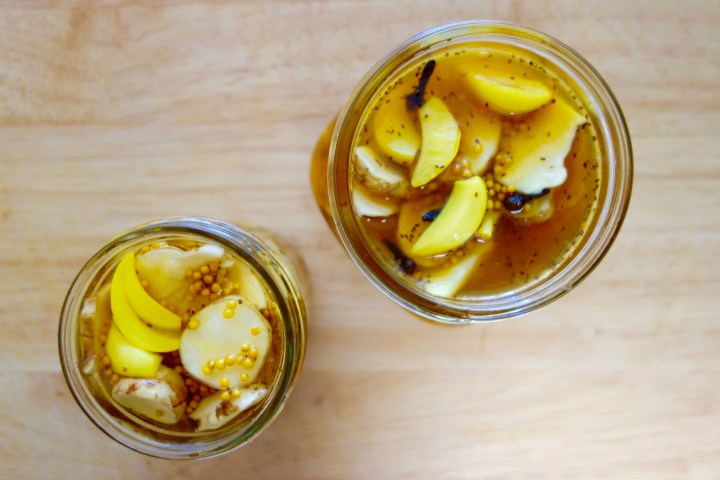 One thought on “Week 37: Pickled Sunchokes”